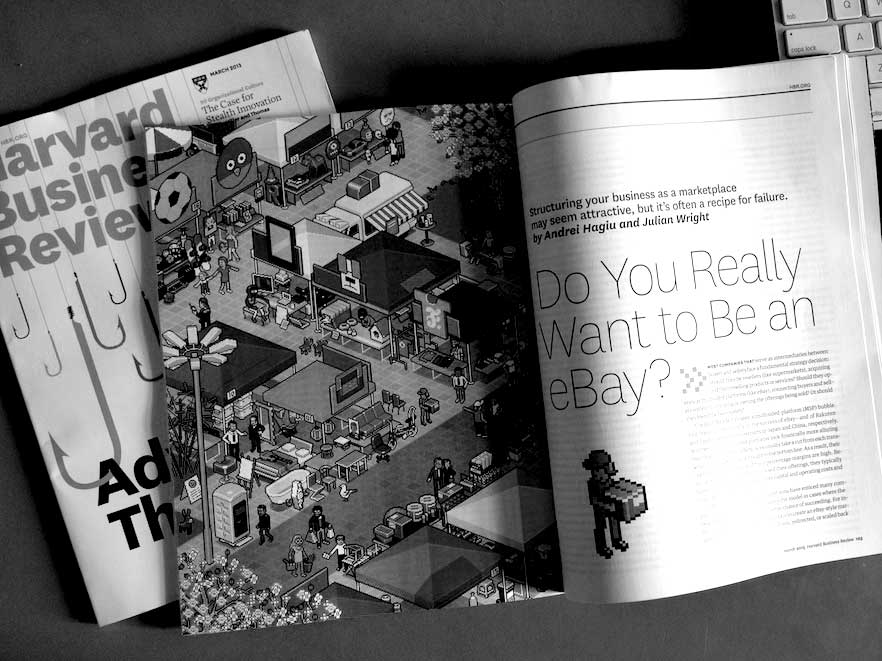 Change is not a threat, it’s an opportunity. Survival is not the goal, transformative success is.

By Chris Zook and James Allen

The full version of this article is available on Harvard Business Online (subscription required).

The Idea in Brief

Differentiation is the essence of strategy, the prime source of competitive advantage. You earn money not just by performing a valuable task but by being different from your competitors in a manner that lets you serve your core customers better and more profitably. 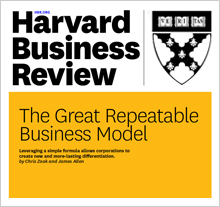 The sharper your differentiation, the greater your advantage. Consider Tetra Pak, a company that in 2010 sold more than 150 billion packages in 170 markets around the world. Tetra Pak’s carton packages extend the shelf life of products and eliminate the need for refrigeration. The shapes they take—squares and pyramids, for example—stack more efficiently in trucks and on shelves than most cans or bottles. The packaging machines that use the company’s unique laminated material lend themselves to high-volume dairy operations. These three features set Tetra Pak well apart from its competitors and allow it to produce a package that more than compensates for its cost.

In studying companies that sustained a high level of performance over many years, we found that more than 80% of them had this kind of well-defined and easily understood differentiation at the center of their strategy. Nike’s differentiation resides in the power of its brand, the company’s relationships with top athletes, and its signature performance-focused product design. Singapore Air’s differentiation comes from its unique ways of providing premium service at a reasonable cost on long-haul business flights. Apple’s differentiation consists of deep capabilities in writing easy-to-use software, the integrated iTunes system, and a simplicity of design and product line (Apple has only about 60 main SKUs).

You can find high performers like these in most industries. The cold truth about hot markets is this: Over the long run, a company’s strategic differentiation and execution matter far more to its performance—our research suggests at least four times as much—than the business it happens to be in. Every industry has leaders and laggards, and the leaders are typically the most highly differentiated.

But differentiation tends to wear with age, and not just because competitors try hard to undermine or replicate it. Often the real problem is internal: The growth generated by successful differentiation begets complexity, and a complex company tends to forget what it’s good at. Products proliferate. Acquisitions take it far from its core. Frontline employees, more and more distant from the CEO’s office, lose their sense of the company’s strategic priorities. A lack of consistency kills economies of scale and retards the company’s ability to learn. Small wonder that “reinvention” and “disruption” have become leading buzzwords; companies struggling with complexity and fading differentiation come to believe they must reimagine their entire business models quickly and dramatically or else be overwhelmed by upstarts with disruptive innovations.

Most of the time, however, reinvention is the wrong way to go. Our experience, supported by more than 15 years of research into high performance, has led us to the inescapable conclusion that most really successful companies do not reinvent themselves through periodic “binge and purge” strategies. Instead they relentlessly build on their fundamental differentiation, going from strength to strength. They learn to deliver their differentiation to the front line, creating an organization that lives and breathes its strategic advantages day in and day out. They learn how to sustain it over time through constant adaptation to changes in the market. And they learn to resist the siren song of the idée du jour better than their less-focused competitors. The result is a simple, repeatable business model that a company can apply to new products and markets over and over again to generate sustained growth. The simplicity means that everyone in the company is on the same page—and no one forgets the sources of success.